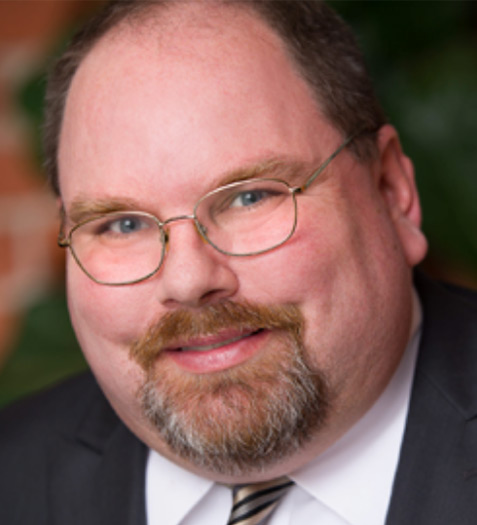 Matt was born and raised in Iowa, and has lived in Iowa almost his entire life.  Matt is an experienced trial and appellate lawyer and he has personally handled trial cases in state and federal courts in Iowa and Wisconsin.  His extensive trial and appellate experience involves areas of: medical malpractice, legal malpractice, personal injury, defective products, defamation, and employment law (claims involving discrimination, FMLA, and termination in violation of public policy).  Matt has by himself, or with a colleague, tried over 30 cases to a jury, many of which resulted in substantial verdicts for his clients.  He has also successfully brought or responded to numerous appeals in the state courts in Iowa and Wisconsin, and before the Eighth Circuit Court of Appeals. Matt earned his bachelor of arts degree at the University of Iowa with a double major in Political Science and History. He attended Drake University Law School where he received his Juris Doctorate with high honors in 1998.  Matt was elected to the Order of the Coif.  After graduation, Matt clerked for the Eighth Circuit Court of Appeals and for U.S. District Court Judge Donald E. O’Brien.  Matt is licensed to practice before the state and federal courts in Iowa, the U.S. District Court for the Western District of Wisconsin, the U.S. Court of Appeals for the Eighth Circuit, and the United States Supreme Court. Matt has been in private practice since 2000.  He has done insurance defense work, and has been tasked with providing coverage opinions for insurance companies.  However, the vast majority of his time has been devoted to assisting clients that have been harmed by the negligence, recklessness, and/or illegal actions of others.  In United States ex. rel Scott v. Community Care, Inc., 13-cv-00102, Matt obtained a $9,184,078 judgment in a Medicaid fraud False Claims Act claim in which the United States did not intervene.  In George v. D.W. Zinser, 762 N.W.2d 865 (Iowa 2009), Matt persuaded the Iowa Supreme Court to recognize for the first time a private cause of action based on a termination in retaliation for reporting an OSHA violation.
Matt enjoys traveling and spending time with his wife Holly and their four children.