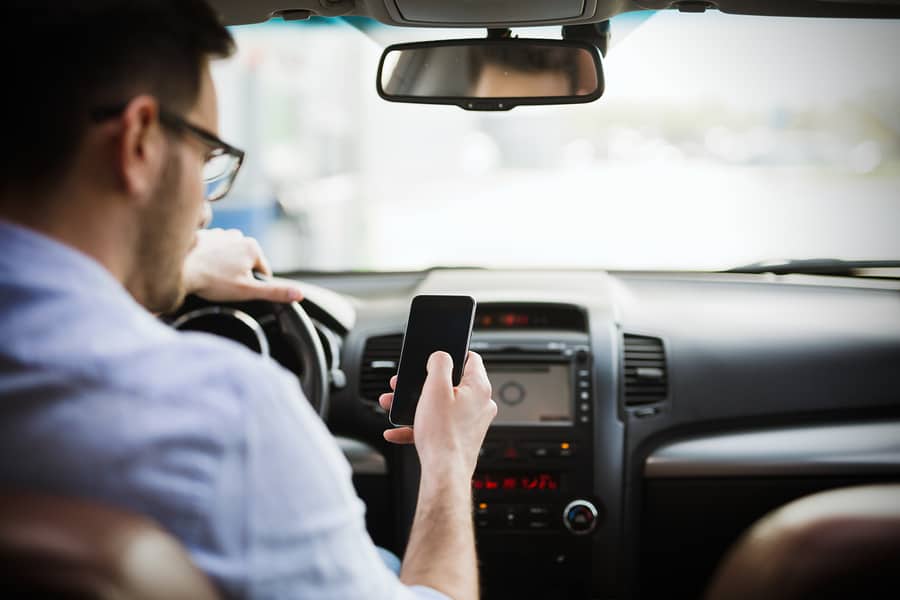 What Should I Do If I’m Involved in a Car Accident with Someone Who Was Texting?

Per the Governors Highway Safety Association, driving while texting is banned in 48 states. In Florida, the law against text messaging goes into effect on October 1, 2019. Missouri only bans texting while driving for drivers 21 or younger. Montana has no laws banning cell phones or texting while driving.

What if you’re in an accident and the other driver was texting? The other driver’s insurance may cover your medical bills and damages to your car. Would it cover the rest of your pain and suffering? Look at one family’s story and see if this sounds just.

Yep, that’s all it took for an Iowa man to kill two young teens. In that 2016 crash, he also injured their two sisters and their mom. After picking up her daughters after school and heading home for the day, a single mom’s life was changed when a pick-up truck smashed into her car. The investigation found he’d been texting and never even hit his brakes.

Two of the girls died, one suffered a ruptured blood vessel in the brain and the other had spinal cord injuries and a near decapitation. Their mom had multiple broken ribs, a concussion, and a broken shoulder. Her grief, injuries, and daughters’ injuries led to her having to quit her full-time job and stop attending her college classes.

The driver was found guilty of two counts of vehicular homicide and one count of reckless driving. The judge ordered his sentences to be served at the same time due to his clean record and remorse. At most, he will be in prison for 10 years. He was also ordered to pay $150,000 for each girl. A GoFundMe campaign raised the money the mom needed for the funeral expenses for her two daughters. It doesn’t end the family’s loss or lasting effects of the injuries for those who survived.

Five Things You Should Do as Soon as You Can

If you’re in a crash with a driver who was texting and driving, there are five things you should do as quickly as possible. You’re going to be stressed. You may forget to do certain things. It’s okay if you don’t get everything. You have police, insurance adjusters, and other experts gathering this information, too.

#1 Stay Still Until You’ve Been Assessed

The first and most important thing is to take care of yourself. When your car stops, you feel okay. Don’t move if you can avoid it. You’re going to have adrenaline rushing around your body. Adrenaline is known to mask pain. You could have an injury and not realize it. Sit still until EMTs assess you.

#2 Get Photos But Only If You’re Able

At this point, you may be heading to the hospital. If they clear you, you could get photos of the scene. Don’t worry if you can’t get photos, the investigators called to the scene will do this.

#3 Swap Information With the Other Driver

You should go to the hospital or family doctor to get checked. You might feel fine and EMTs may have cleared you, but it’s still ideal to get checked by a doctor. As the adrenaline and shock wear off, you may start feeling pain. This gives the doctor more information than the EMTs had at the scene. It also starts a paper trail with a medical expert’s assessment, instructions on follow-up care, and how much time you should take off work to heal.

#5 Talk to a Personal Injury Attorney

Talk to an attorney that specializes in car accidents. If the insurance settlement isn’t enough, an attorney can discuss your options. It gives you an expert’s opinion on what to do to make sure you get a settlement that takes care of your bills now and in the future. People often fail to think about the emotional toll a crash has on them months down the road. Panic attacks and a fear to drive may plague you and require weeks or months of therapy.

You shouldn’t have to settle for the insurance company’s best offer when someone broke the law and injured you. You deserve full restitution for your emotional and physical injuries and lost income. The personal injury attorneys at Trial Lawyers for Justice accept car accident cases in several states. If you were injured by a driver who was texting, call TL4J. It costs nothing to see if you have a valid complaint.