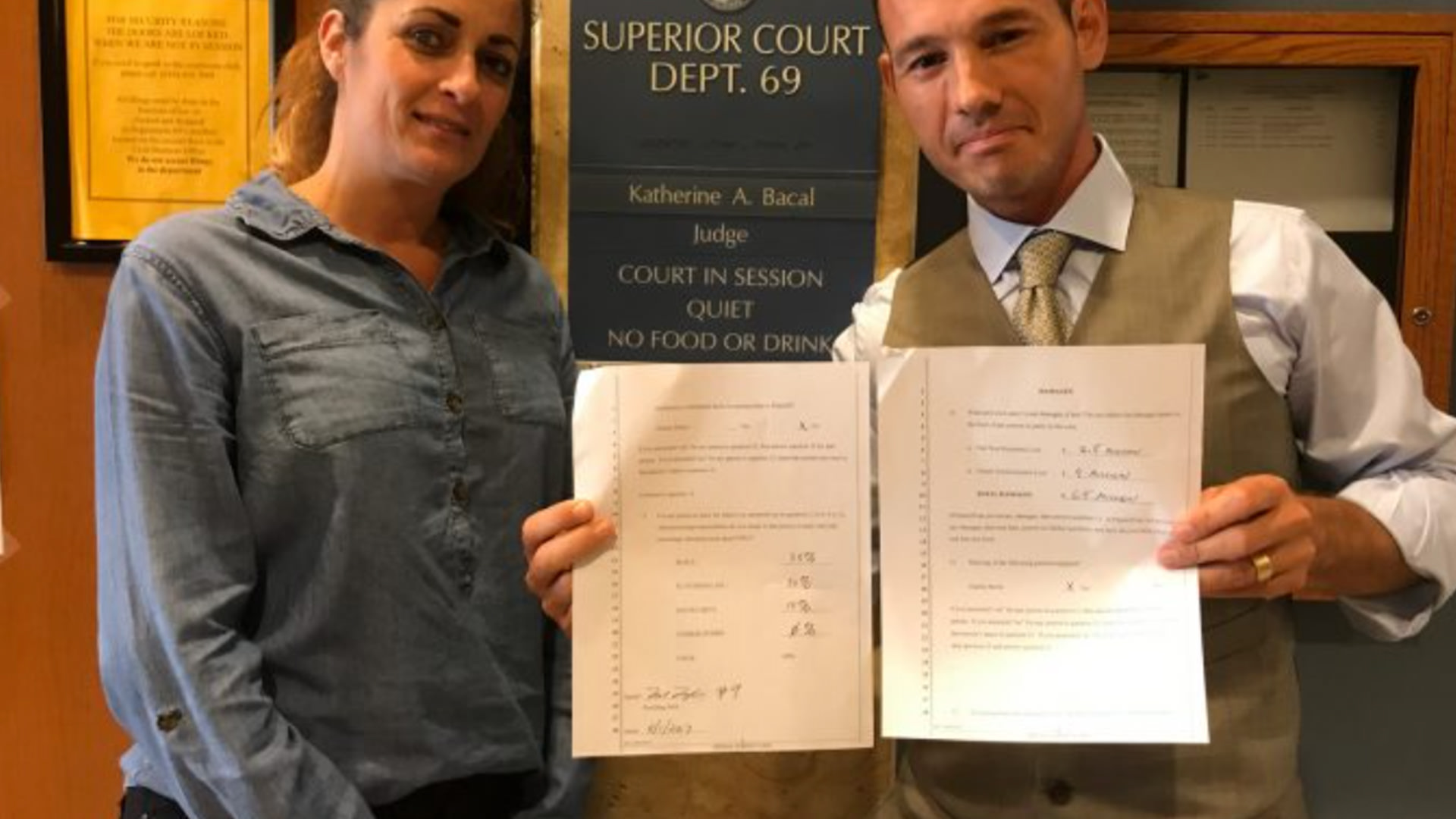 SAN DIEGO, August 7, 2017— Attorney Nick Rowley, partner at the law firm of Carpenter, Zuckerman, & Rowley and founder of Trial Lawyers for Justice, announces a verdict of $6.5 million for client Lisa Lopez as a result of an assault and blindness caused by negligent security and reckless conduct by shirtless bartenders at a popular San Diego nightclub who watched and laughed at the attack.  Rich’s nightclub and XL Staffing security destroyed evidence of the video footage which showed the assault and the Superior Court of San Diego instructed the jury on the destruction of evidence.

On December 21, 2012, Lisa Lopez was a patron at Rich’s Nightclub in San Diego, with her best friend’s husband, Charles Burris, and others.  Charles met another friend, Sandra Beyl, an ex-girlfriend, at the club.  Later in the evening, a verbal confrontation began between Sandra and Charles. The altercation then became physical and lasted for five to ten minutes while nearby bartenders laughed and nightclub security did nothing to intervene to diffuse the situation as San Diego permit required them to do.

Hoping to diffuse the argument, Lisa approached Sandra and Charles and encouraged them to stop arguing when without warning, Sandra smashed a beer bottle onto Lisa’s forehead and eye, resulting in significant facial lacerations, severe damage, and vision loss to her right eye.  Neither the bar or security called the police or an ambulance despite having detained and handcuffed Sandra Beyl, who was intoxicated and over-served.

“The employees at the nightclub behind the bar who were shirtless decided to laugh and serve more alcohol instead of stopping the violence, and the security staff whose sole job is to protect patrons at the club chose to do nothing to diffuse this situation which lasted 5-10 minutes before Lisa intervened.  Then the Defendants destroyed the video footage,” said Nick Rowley.  “Despite the customer having a bottle shattered on her face and bleeding profusely, the club did not skip a beat or stop the music and instead decided to continue the party and keep selling alcohol.  This was a case of profit over safety.”

“The jury, in this case, realized the fault of club employees and understood the importance of protecting people from violence rather than doing nothing or egging it on with laughter.  They also clearly understood the severe impact this event had on Lisa’s life,” Rowley went on to say.

“This verdict will help Lisa deal with the loss that resulted from the gross negligence of nightclub and security staff employees, but she will never be the same as she was prior to this incident,” said Rowley.

The California law firm of Carpenter, Zuckerman, & Rowley has over 100 employees dedicated to fighting for the rights of the injured.

With offices in Iowa, Minnesota, Illinois, and California, and offering legal services from coast to coast, Trial Lawyers for Justice specializes in personal injury law.

Both firms are dedicated to helping clients recover the compensation they deserve for their injuries. For more information, or to schedule a consultation regarding your case, visit www.czrlaw.com or www.tl4j.com today.