It is estimated that over 37,000 people are killed in car crashes every year, and another 2.35 million are injured. Unfortunately, many of these crashes are caused by another driver’s negligence and could have easily been prevented. Victims of car crashes should speak with a personal injury attorney as soon as possible following the crash to determine if they are entitled to compensation for their medical expenses, lost wages, and pain and suffering. 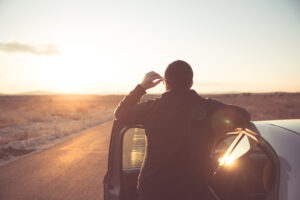 Car crashes occur on a daily basis, and many of them are caused by:

A driver becomes distracted when he takes his focus off of the road to pay attention to another passenger in the car, the radio, a smartphone, or any other form of distraction. Even if the driver’s eyes are only off of the road for a few seconds, this negligent behavior can lead to serious crashes. In fact, distracted driving is currently the number one cause of traffic crashes in the United States.

Speed limits are put in place for a reason—to keep everyone on the road safe. When a driver decides to ignore the speed limit, he puts everyone else on the road at risk. The faster someone is driving, the less time he will have to react to a car suddenly braking or changing lanes in front of him.

Every sip of alcohol a person takes will impair his judgment more and more. If he decides to get behind the wheel after drinking alcohol, he may not be able to focus on the cars and road in front of him. Drunk drivers often swerve into other lanes or drive in the wrong direction. Because their judgment is so impaired, they may not be able to brake in time to avoid hitting your car at a stop sign or a red light. All of these behaviors can cause car crashes and severe injuries to all drivers and passengers involved.

Every car crash is unique, so injuries can vary greatly from one case to the next. However, there are a number of injuries that are very common in car crashes, including: 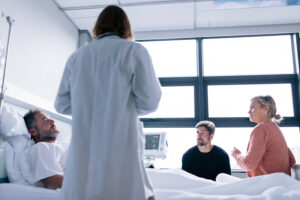 Whiplash occurs when the impact of the collision forces your head to suddenly jerk forward and then backward again. This sudden movement damages the soft tissues in your neck and can lead to serious lingering pain following a car crash.

During a crash, it’s possible the impact of the collision could cause you to jerk forward and hit your head against the steering wheel, dashboard, or car window. The result could be anything from a minor concussion to a traumatic brain injury or skull fracture.

Many people involved in car crashes suffer back injuries, which can range in severity from aches and pains in the lower back to a herniated disc or spinal cord injury.

Some victims will suffer emotionally as well as physically. Victims may experience anxiety, depression, or post-traumatic stress disorder as a result of a car crash. This is especially true if a loved one who was also a passenger in the car was seriously injured or killed as a result of the crash.

After A Car Crash

If you have been injured in a car crash, it’s important to document as much evidence as possible. Keep all of your medical records, including bills, lab reports, X-rays, and any other relevant documents, so you have proof of the injuries you sustained and the expenses you had to pay. If your injuries are visible, take pictures of them immediately following the crash and again as they begin to heal. The more proof you have to support your personal injury claim, the better.

You shouldn’t have to suffer because of someone else’s negligent behavior behind the wheel. If you or a loved one has been injured in a car crash, contact us now for a free consultation at 866-854-5529. The team of attorneys at Trial Lawyers for Justice can help you fight for the compensation you deserve.