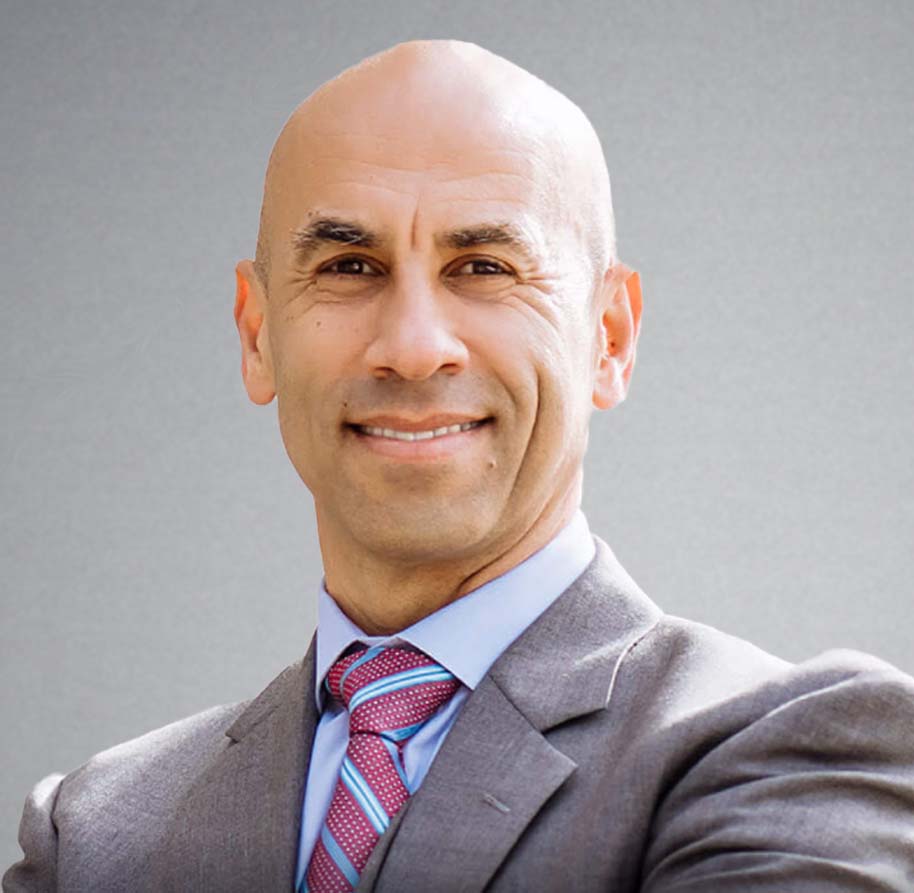 The Military College of South Carolina, The Citadel
– Undergrad

Haytham Faraj is a nationally recognized trial lawyer who specializes in civil rights, personal injury and criminal defense work. He represents clients in serious injury, civil rights and complex criminal cases in state and Federal courts. Mr. Faraj has represented clients in numerous complex cases that gained national and international notoriety. He has accumulated a remarkable record of successes that reflects his firm commitment to his clients and their interests. Mr. Faraj is licensed to practice in Illinois, California, Washington DC, Michigan and Iowa. He is also admitted to practice before numerous federal district and appellate courts.

Mr. Faraj began his legal career in the United States Marine Corps as a judge advocate representing accused service members. Following his retirement from the U.S. Marine Corps, he continued to represent service members before military courts but also began to represent civilian defendants in federal and state courts. In 2012, he founded his own firm and began to represent civil rights and serious injury victims. He has very successfully represented hundreds of clients in serious injury and wrongful death claims due to negligence, or intentional violations of their civil rights. Mr. Faraj also represents clients in medical and professional negligence claims, bad faith claims against insurance companies and select business disputes. Mr. Faraj continues to represent clients accused of serious criminal charges in federal, state and military courts.

Mr. Faraj has built a firm and a team that is committed to exceptional, aggressive and client-centered representation. Mr. Faraj’s approach to client representation reflects his embrace and commitment to the core values that he and every Marine must live by: honor, courage and commitment. Those values shape the work that the firm undertakes to accomplish on behalf of its clients to achieve a just and fair outcome.

Mr. Faraj is a product of the Chicago public school system. He graduated from Mather High School, then immediately joined the Marine Corps. While in the Marine Corps he was one of a few selected from among thousands of Marines to attend college on a Marine Corps scholarship and to become a commissioned officer. He elected to attend The Military College of South Carolina, The Citadel. He completed his college studies in three years, magna cum laude, and was commissioned a Second Lieutenant in the United States Marine Corps in 1995. In 2002, Mr. Faraj was one of only 5 officers in the Marine Corps to be selected to attend law school. He attended the American University Washington College of Law in Washington, DC. Following graduation from law school, he passed the Illinois Bar and then attended the Naval Justice School in New Port, Rhode Island. Following the Naval Justice School, he reported to Camp Pendleton, California, as a judge advocate.

Mr. Faraj has developed a well-known and respected reputation as a winning, aggressive and relentless trial lawyer. He attributes his courtroom successes to his military training, discipline, and commitment to be better prepared, more skilled and more ready to engage in the legal combat that is trial practice than his opponents.