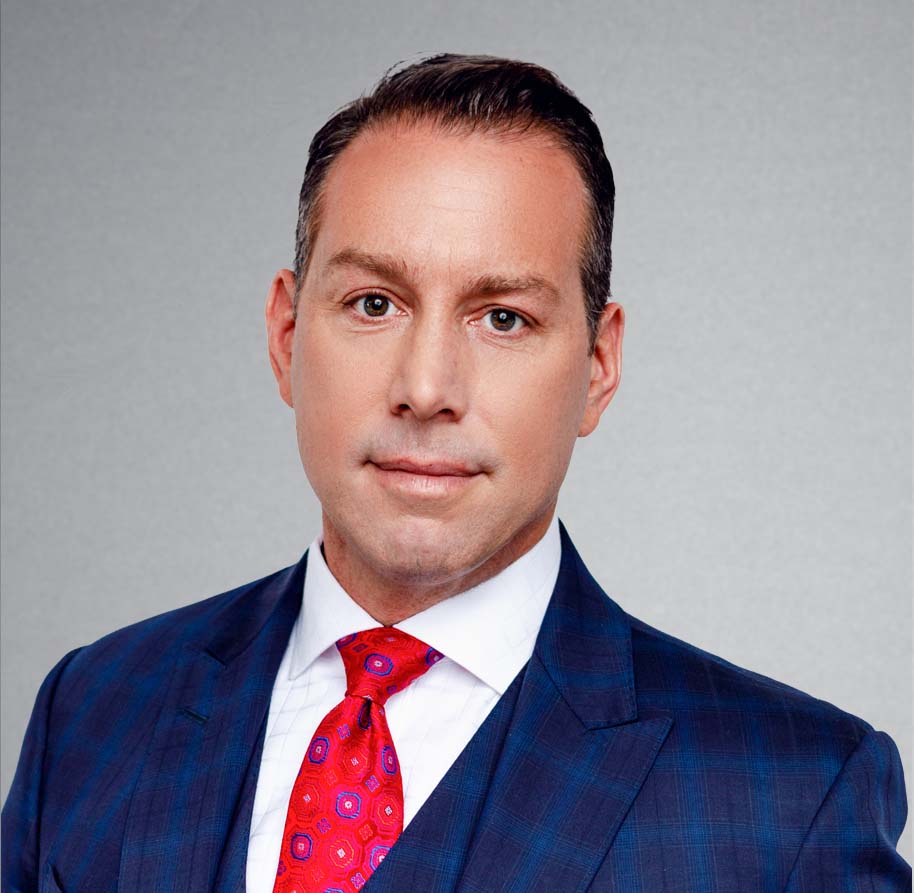 Keith is an extraordinary trial lawyer who tried and won his first case just one month after passing the bar in 2002. Almost 20 years later and more than 150 trials later, he is still trying and winning cases for people against large corporate and insurance interests in courtrooms throughout the United States.

Keith Bruno is a trial lawyer for people. He began his career as a corporate lawyer and quickly realized it was not the type of law he was made to practice. He became a Public Defender and discovered his passion. Keith won the 2006 “Don Simms Public Defender of the Year Award” after racking up a stirring string of Not Guilty verdicts in case after case. Keith represented people against the awesome power of the government and won.

While practicing criminal law, Keith was paired up with renowned civil attorney Nick Rowley to try a civil case and they became fast friends and partners. Keith left criminal defense and teamed up with his wife and fellow TL4J trial lawyer, Angela Bruno, to try civil cases. From there Keith set record verdicts including numerous eight-figure verdicts and seven-figure verdicts. Keith was selected Orange County Trial Lawyer of the Year for two years, the only back to back winner in the award’s history for his incredible civil jury verdicts. In addition to those honors, Keith has been selected as a National Trial Attorneys Top 100 Attorneys every year since 2014. He is a proud member of CAALA, CAOC, CASD, and OCTLA.

Keith is committed to partnering with other lawyers throughout the United States to help them achieve full justice and full value on all cases. He has dedicated his life to trying the cases of his clients — ordinary people, often fighting large companies or the government — against extraordinary odds. Despite the overwhelming challenge, Keith wins. Throughout his career, whether his clients are victims of another’s negligence or are facing criminal charges, countless people have turned to Keith for help in their hour of need. Keith’s achievements in the courtroom have been as diverse as they are stunning, and include winning a $40 million verdict side by side with Nick Rowley and Angela Bruno in a wrongful death case (Jordan v. TGI Friday’s) to an acquittal in a first- degree murder case (People v. Sosa), and countless other wins in between.

Keith is a graduate of the University of Maryland where he earned his undergraduate degree, the University of San Diego School of Law, and Gerry Spence’s Trial Lawyer’s College, with his most important schooling coming in the trial courts.

After nearly a decade in private practice as a criminal defense attorney, Keith seamlessly transferred his skills into a successful plaintiff ’s personal injury trial attorney. Keith demonstrated consistent excellence that led him to be recognized by SuperLawyers as a Rising Star from 2009-2015, followed by the continued distinction of SuperLawyer in 2016, 2017, 2018, 2019, 2020, and 2021.

Keith is known for trying and winning the toughest cases, often on very little notice. He believes genuinely in the trial team approach to helping personal injury clients and enjoys working with a variety of referral attorneys throughout the country. Keith recognizes that a referred case is often the referral lawyer’s most important case, and partners with each lawyer with that in mind. Being of service to the referral lawyer and client is the easiest top priority for Keith. His personal cell is 310-745-7811 and he welcomes your call or text.

Keith is a proud father to four wonderful children—Jackson, Lucy, Avery, and Ford, and husband, soulmate, and trial partner to Angela Bruno.