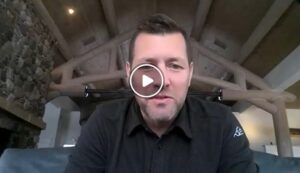 Television Coverage of this case at ABC’s KCRG  https://www.kcrg.com/2022/01/23/family-sues-iowa-school-district-over-sexual-assault/

Attorneys are gathering information as they proceed with a lawsuit against Dubuque Community Schools, in which a family alleges that district negligence allowed a student to be sexually assaulted on campus.

The litigation, filed in Iowa District Court of Dubuque County, has a trial date set for May 2, 2023. Attorneys for the district deny the allegations.

The suit alleges that one of the plaintiffs, a Dubuque female who at the time attended Hempstead High School, was routinely bullied by a male student, incidents school officials were notified of “on multiple occasions.”

The female and her parents asked the district to transfer her to another school, but the request was denied.

Court documents state that the bullying continued into another school year, during which the family alleges that “Hempstead and the Dubuque Community School District failed to prevent further contact between (the two students).”

The male student would go on to sexually assault the female student on campus in 2019, documents state. The female student reported the incident to her mother, school officials and Dubuque police. Afterward, she was allowed to transfer to another school.

“The negligence of Dubuque Community School District was the direct and proximate cause of the injuries and damages sustained by plaintiffs,” court documents state.

The Telegraph Herald does not identify victims of alleged sexual crimes.

Dubuque Police Lt. Ted McClimon said police investigated the alleged incident but that no charges were filed. Authorities conferred with the Dubuque County attorney’s office, which declined to prosecute the case, McClimon said.

The litigation seeks compensation from the district on counts of negligence, harassment and retaliation and gender discrimination.

Benjamin Novotny, a Decorah-based attorney working with a Dubuque firm on the lawsuit, said the alleged assault could have been prevented if the district had listened to the student’s parents.

“Schools are there to protect students, schools should listen to students and families when they voice concerns, and schools should provide a safe learning environment for children,” Novotny said. “They failed on all three of those counts.”

In response to a request for comment, Dubuque district spokesman Mike Cyze wrote in a statement that there was an alleged incident in 2019 at Hempstead that immediately was turned over to police.

“Beyond that, it’s the district’s practice to not comment on ongoing litigation,” the statement reads.

In court documents, attorneys for the district deny the allegations. They acknowledge that the female student reported being sexually assaulted but deny “for lack of sufficient information” that the assault happened.

“Plaintiff’s alleged injuries and damages, if any, resulted from independent, superseding and/or intervening causes of other individuals, entities, or parties, and such intervening or superseding acts or omissions were the sole and proximate cause of any damages, unrelated to any conduct of defendant,” documents state.