Motorcycle crashes occur on a daily basis, and unfortunately, many of them lead to serious injuries and fatalities. This is because motorcyclists don’t have the same protection that motorists do, so even a small fender bender could quickly turn tragic if the motorcyclist is thrown from his bike.

Luckily, there is help available for those injured in motorcycle crashes. If the crash was caused by a negligent driver, you may be entitled to compensation for your medical expenses, lost wages, and pain and suffering. 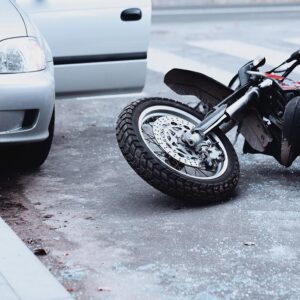 There are a number of different causes of motorcycle crashes, including:

Cars Making Left-Hand Turns
Cars often collide with motorcycles when the motorcyclist is attempting to pass the car or riding straight through a major intersection. It usually occurs because a driver either misjudges the motorcycle’s speed or fails to see the motorcycle before turning left. This type of crash accounts for almost half of all motorcycle crashes.

Lane Splitting
Motorcyclists who drive between two lanes of cars are “lane splitting,” which is a very dangerous activity that often leads to crashes. Driving between two lanes is not recommended because there is not much space, and the cars on either side can easily swerve and collide with the motorcycle.

Changing Lanes
Motorcycles are much smaller than motor vehicles, so it’s easy for a motorcyclist to fall into a driver’s blind spot. Drivers often make the mistake of changing lanes without checking their blind spot, and thus they end up colliding with the motorcycle in the next lane.

Rear End
Of course, motorcycles can be hit from behind just as full-sized vehicles can. This occurs when a driver on the road does not brake in time to stop his vehicle before colliding into yours. When a rear end collision involves two cars, it is usually just a minor fender bender. However, when a car rear ends a motorcycle, it can be far more serious, especially if the motorcyclist is thrown off of the bike as a result.

Because motorcyclists don’t have much protection on the road, the injuries they suffer in a crash are often severe. Some of the most common injuries include:

Head Injury
Motorcyclists can very easily injure their heads if they are thrown from their bike during a crash. It is highly recommended that motorcyclists always wear a helmet to provide protection to their heads, but sometimes even a helmet is not enough to prevent a brain injury.

Road Rash
If the impact of the collision caused you to slide across the pavement, you may have road rash, which occurs when concrete rubs any exposed skin. Keep in mind you can have road rash even if you were completely covered by clothing at the time of the crash. Road rash can result in something as minor as skin irritation or as serious as skin infections and nerve damage.

Biker’s Arm
Biker’s Arm occurs when the bike tips over during a crash and the weight of the motorcycle lands on one of your arms. Motorcycles are extremely heavy, so they can cause a great deal of damage when they fall on top of the motorcyclist. It can result in nerve damage throughout the arm, and in some cases, can lead to complete paralysis in the limb.

Lower Extremities
A motorcyclist’s knees, feet, and legs are also at risk of being injured in the event of a crash. Sometimes, the damage is limited to scrapes and bruises, however in other cases a motorcycle crash can cause broken or fractured bones. If the limb is crushed during the crash, you may need to have it amputated.

This is just a short list of common motorcycle injuries. There are many other injuries you may have suffered as a result of someone’s careless driving. Regardless of the injury, if it was caused by another driver’s negligence, seek legal assistance as soon as possible.

If you or a loved one has been injured in a motorcycle crash, don’t hesitate to contact the Trial Lawyers for Justice. Our team of attorneys can handle every aspect of your personal injury claim to recover the compensation you deserve.