OBGYNs go through years of training in order to specialize in treating women’s health, however even after all of this preparation, some OBGYNs still make mistakes while treating a patient. When these mistakes result in injuries, the victim may be able to file a medical malpractice lawsuit against the doctor. If the mistake leads to death, the victim’s family may have a wrongful death case against the doctor.

What is OBGYN Malpractice? 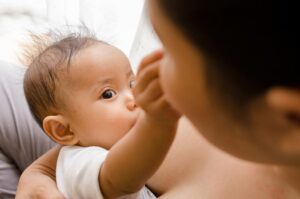 Every doctor, including obstetricians and gynecologists, are expected to meet certain standards when they treat a patient. If an obstetrician or gynecologist fails to meet these standards, and the patient is injured as a result, the doctor may be sued for medical malpractice. There are many ways an OBGYN can fail to meet the acceptable standard of care, but some of the most common examples include:

To prove a malpractice claim, you will need to show there was a doctor-patient relationship between you and the negligent medical professional. You will also have to prove the doctor failed to meet the standard of care, and this failure resulted in an injury.

Errors made during labor and childbirth could cause serious injuries to both the mother and child, including cerebral palsy, internal bleeding, uterine infections, Erb’s palsy, broken bones or spinal cord injuries. On the other hand, errors made during gynecological procedures or screenings could lead to the failure to treat serious conditions such as cervical or uterine cancer in a timely manner.

Victims of medical malpractice may be entitled to various forms of compensation, including:

Lost Wages
Some victims suffer from such severe injuries that they are unable to work while they recover. If this is the case, you may be awarded compensation to make up for the wages you have lost because of your injury. If you believe you will miss even more work in the future, you may also receive compensation for future lost wages.

Pain and Suffering
Victims often suffer both physically and emotionally after an OBGYN malpractice incident. Because of this, some victims are awarded compensation for pain and suffering.

Punitive Damages
Punitive damages are additional funds paid to the victim, but they are only awarded in cases where the doctor behaved so negligently that the judge would like to punish him or make an example out of him to deter others from making the same mistake.

There’s no guarantee when it comes to receiving compensation during a medical malpractice case, however you have a much better chance of doing so when you work with an experienced attorney.

Victims of OBGN medical malpractice should turn to the Trial Lawyers for Justice for legal assistance. Our team of attorneys is well versed in malpractice law, and can help you fight for the compensation you deserve. Call 866-854-5529.