Police officers are supposed to serve and protect their community. However, when a police officer uses excessive or unnecessary force, he can cause serious injuries or fatalities.

Victims of police brutality are not alone in their fight for justice. Defending yourself against the community’s police department can be intimidating, but an experienced attorney from the Trial Lawyers for Justice can stand by your side every step of the way. 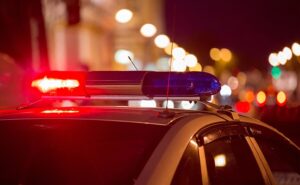 Police officers are trained to control a situation with as little force as possible. They are not supposed to use a great deal of force unless the circumstances call for it. If a police officer is using excessive or unnecessary force, this is known as police brutality. Excessive force means using force beyond what is needed to take control of a situation. It may involve the use of batons, guns, nerve gas, and pepper spray. Although police brutality is often physical, it can also be psychological, verbal, or sexual abuse.

Victims who are not happy with the outcome of the internal investigation—or victims who would like help with filing the complaint—should always speak with an attorney. Even if the police department did not find anything wrong with the police officer’s behavior, you may still be able to file a civil lawsuit in an attempt to recover compensation for medical expenses, lost wages, and pain and suffering.

Legal Help is Available For Victims of Police Brutality

Who do you turn to when the people who are supposed to protect you are the ones who have caused you harm? If you or a loved one is a victim of police brutality, contact the Trial Lawyers for Justice as soon as possible. Our team of attorneys can help you defend your rights and seek justice. Call (866) 854-5529 to schedule a free consultation today.