People who have been injured in train crashes should seek legal representation from attorneys with experience dealing with these cases. If the crash was a result of negligence, you may be entitled to compensation for your medical expenses, lost wages, future lost wages, and pain and suffering. 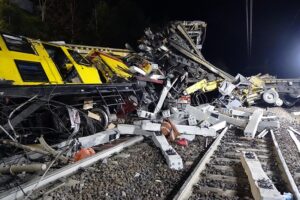 Several different factors can cause a train crash, including:

Operator Error
The train operator has similar responsibilities to the driver of a motor vehicle—he must be aware of his surroundings so he can react quickly and protect those on board. However, if the train operator makes a bad judgment call or is not paying attention to the tracks ahead, a crash could easily occur. Sometimes, this is a result of fatigue, intoxication, or inexperience.

Track Defects
Train operators assume the tracks will be well maintained to avoid any issues during the trip. However, when someone fails to perform regular maintenance checks on the tracks or there is severe structural damage to the tracks, a crash could occur. In these crashes, the train is often completely derailed, meaning it comes off of the tracks, and serious injuries and fatalities may occur as a result.

Mechanical Failure
Train crashes can also occur when a part of the train malfunctions or fails completely. The operator may lose control of the train because of this failure, and the train may be derailed or unable to slow down in time to avoid a collision.

Collision
It’s possible for a train to collide with a pedestrian, car, or bicyclist who is on the train tracks when they shouldn’t be. In some cases, only the passengers of the vehicle will be harmed, but in other cases, train passengers may also be injured.

Train crash injuries can vary depending on the cause of the crash, however some of the most common injuries are:

Brain Injuries
Victims can very easily suffer brain injuries during a train crash if their head makes contact with the window, floor, or any other hard surface within the train. These injuries can range from a mild concussion to a severe traumatic brain injury. Regardless of how serious you think the injury is, if you hit your head during an crash, it’s imperative to seek medical attention right away.

Whiplash
Whiplash occurs after your head and neck have been forced to jerk forward and backward unexpectedly. This sudden movement causes the soft tissue in the neck to extend too far and can lead to lingering aches and pains in the neck, shoulders, and back.

Broken Bones
Train crash victims may also suffer from broken or fractured bones during a train crash. Areas that are most commonly affected in a train crash include the arms, legs, and collarbone.

Burns
In catastrophic train crashes or in crashes involving electrical issues, victims are at risk of sustaining burns. The severity of the burn will depend on how long the victim is exposed to the heat source, but in extreme cases, the victim may require reconstructive surgery as a result of disfigurement.

Help For Victims of Train Crashes

No one ever expects they will be involved in a train crash, but if it does happen, you should know how to protect yourself. After you seek medical attention for your injuries, contact the Trial Lawyers for Justice attorneys right away. Call 866-854-5529 to schedule a free consultation today.

Nick Rowley, trial lawyer for little Destiny Reyes, speaks on camera about Destiny Reyes, a young girl who was injured in a car accident, and how he and his trial team stepped…

It had been a rough week, but David Hackley's family was looking forward to finally bringing him home. Hackley, 77,...
Read More