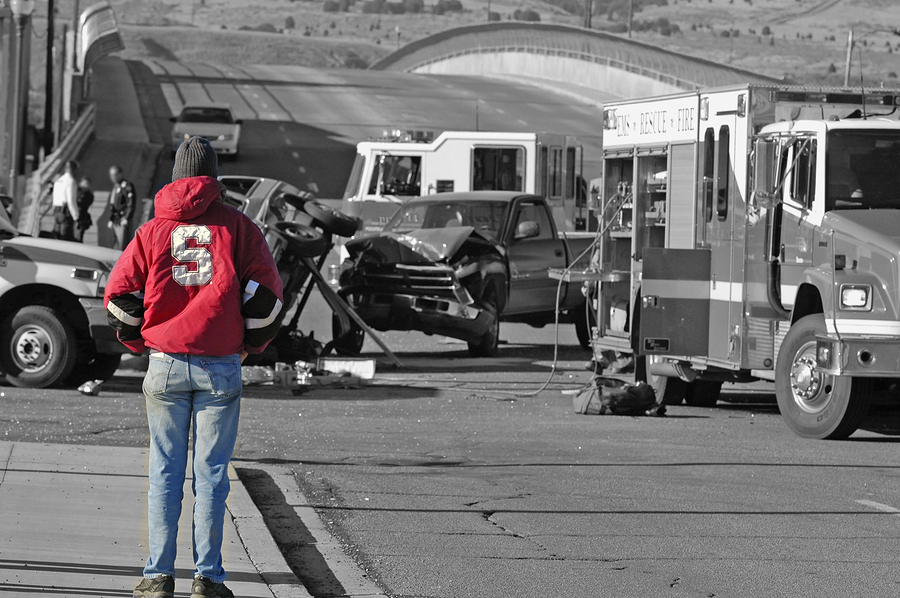 When Should I Call A Personal Injury Lawyer After A Car Accident?

No two personal injury cases are alike, however the steps that each plaintiff must take in order to recover compensation are typically the same. If you have been injured and want to file a personal injury lawsuit, here’s a step-by-step guide of what you should expect:

It’s in your best interests to immediately contact an attorney after you have been injured. The attorney will review the details of your case and determine whether he believes you will be able to recover compensation from the at-fault party. If he believes you have a legitimate claim, he will agree to represent you and work for you on a contingency fee basis, which means he will not be paid unless you recover compensation through a settlement or verdict.

Most personal injury cases can be resolved through negotiations between your attorney and the insurance company. In fact, a very small percentage of cases make it to court. But, you will still need to be prepared to file a lawsuit in the event that you are not able to reach a settlement with the insurance company.

Your attorney can initiate a lawsuit by filing a complaint, which will include details on the injuries you have sustained, how you sustained them, the laws that the liable party has violated, and the damages you have suffered as a result of your injuries. After the complaint has been filed, your attorney will need to serve the defendant with a copy of the complaint so he is aware that you are filing a lawsuit. The defendant will then have a chance to respond to the allegations that you made within the complaint.

During the discovery process, attorneys will attempt to gather as much information from the other side as possible as they prepare their case for trial. Some of the most common methods used to collect information are depositions, document production requests, and interrogatories.

If you are asked to sit for a deposition, the other side’s attorney will ask you a series of questions while you are under oath. A court reporter will also be present to record everything that is said. Interrogatories are similar to depositions except they are in written form. During an interrogatory, the attorney will submit a list of questions to you that you must answer under oath. Finally, you may also be asked to submit documents to the other side during the discovery process. This can include medical records, proof of expenses, and any other documentation that you may have that is related to the case.

Before the actual trial begins, it’s likely that both sides will file a number of motions, which are formal requests. There are several different types of motions, including those asking to have evidence excluded from the case and those asking for the entire case to be dismissed.

As both sides go through the process of filing motions with the court, it is likely that the defendant will attempt to reach a settlement with you once more. This is because it is very expensive for a defendant to take a case to court, so they may want to avoid doing so at all costs.

If you have still not accepted a settlement, a trial date will be set for your case. The trial will begin with both sides making their opening statements, which are used to introduce the case to the jury. Then, each side will have an opportunity to present evidence by calling witnesses to the stand and questioning them. Witnesses can include those who were directly involved in the case such as the plaintiff and at-fault party, those who witnessed the incident, and expert witnesses such accident reconstruction specialists or medical specialists. Both sides will rest their case after they have finished calling all of their witnesses. At this point, each attorney will be able to deliver his closing statements to the jury. Closing statements will highlight the main points of the case so they are fresh in the jury members’s minds.

Once both sides have finished their closing statements, the judge will instruct the jury to begin deliberating. Deliberations are completely confidential, so you will not be able to hear what the jury is discussing as they decide on the verdict.

Now that you know exactly how a personal injury lawsuit works, take the first step today by contacting an attorney. If you have been injured due to another person’s negligence, contact Trial Lawyers for Justice today to speak to one of our Des Moines personal injury attorneys and schedule a consultation regarding your case.’,’How Do Personal Injury Lawsuits Work: A Step by Step Guide