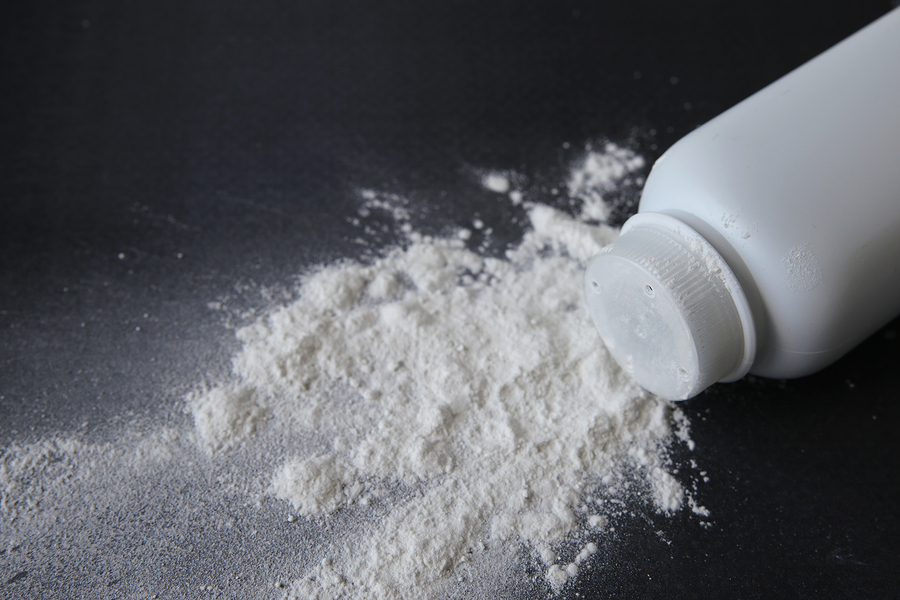 Why Is Talcum Powder Suddenly Bad?

Talcum powder is primarily made out of talc, which is a mineral comprised of magnesium, silicon, and oxygen. In 1892, Johnson and Johnson began to market talcum powder to women as a sanitary product that absorbed moisture and smells. Soon, it was being used in everything from baby powder and women’s cosmetics to condoms. It became so popular that some women even sprinkled talcum powder into their underwear on a daily basis to keep the area clean. Today, it is estimated that Johnson & Johnson takes in over $300 million in revenue per year from talcum powder products alone. These products include baby powders, body powders marketed towards adult women, foot powders, and feminine hygiene products.

In the 1970s, scientists began to study the effects of talcum powder on women’s reproductive systems. Researchers believed talcum powder entered a woman’s reproductive system when used on the genitals and traveled all the way upwards into the ovaries. Through various studies, they found that the majority of tumors found in the ovaries contained small amounts of talc, which validated their beliefs. Similar studies were conducted throughout the late 1970s and 1980s, and all of them reached the same conclusion.

But, these studies only proved that talcum powder was present in ovarian tumors, not that it was a risk factor for ovarian cancer. Researchers then began to focus on determining whether women who used talcum powder were at a greater risk of developing ovarian cancer. A Harvard physician began to study the product in 1982 and found such a strong, undeniable link between talcum powder and certain types of cancer that he wrote Johnson & Johnson asking them to remove all products containing talc from the shelves. In 2003, researchers analyzed 16 different research papers and concluded talcum powder users had an increased risk of forming cancerous ovarian tumors. In 2013, another study confirmed this finding. Researchers studied almost 2,000 women and found those that used talcum powder as a feminine hygiene product were between 20-30% more likely to develop ovarian cancer.

In 2006, a physician assistant in Sioux Falls, South Dakota named Diane Berg was diagnosed with ovarian cancer at the age of 49. Berg had been using talcum powder nearly her entire life to remove bad smells, but was completely unaware of the potential side effects of long-term use. She was not alone. Talcum powder manufacturers such as Johnson & Johnson did not include any warning labels on their product, despite allegations that they knew of the dangers of talcum powder as far back as 1971. Berg filed a lawsuit against Johnson & Johnson, who soon approached her with an offer to settle the case in exchange for her silence. Berg refused to sign the confidentiality agreement because she did not want to see other women suffer the same fate of being diagnosed with ovarian cancer.

Although Berg was the first to file a lawsuit regarding talcum powder, she was far from the last to do so. Most recently, judges in St. Louis ordered Johnson & Johnson to pay $127 million in damages to two families of women who died of ovarian cancer.

Why was there such a large settlement? One of the plaintiffs provided evidence that Johnson & Johnson knew of the potential dangers of using talcum powder, but intentionally kept the information secret in order to protect the company’s image. In 1992, an internal memo circulated between Johnson & Johnson employees discussed the ‚Äúnegative publicity from the health community on talc‚Äù as a huge obstacle for the company to overcome. In 1997, a toxicologist retained by the company to offer his opinion on ovarian cancer research, wrote a letter to the manager of preclinical toxicology, Michael Chudkowski. In the letter, he discusses multiple studies that indicate there is a link between talcum powder and ovarian cancer, and even advises that if Johnson & Johnson denies the existence of this link, they will be perceived just as negatively as cigarette companies.

Even though these cases have now come to a close, it is estimated that Johnson & Johnson and other talcum powder manufacturers still face around 1,200 additional lawsuits with similar claims.

The Future of Talcum Powder Lawsuits

Johnson & Johnson is planning to appeal the verdicts made in the two St. Louis cases. Through a spokesperson, the company stood behind ‚Äú30 years of studies by medical experts‚Äù that support the safety of using talc.

Researchers have been unable to determine how talcum powder causes ovarian cancer, if it in fact does. However, as shown in the previous examples, that has not stopped juries from awarding large settlements to talcum powder consumers who now have ovarian cancer. How can Johnson & Johnson be held liable when there’s no scientific proof? Because plaintiffs have been able to show that Johnson & Johnson was aware of the potential risk but did not put a warning label on their product, they will most likely continue to be held liable in these cases. Manufacturers have a legal obligation to warn consumers of the potential dangers of using a product so consumers can make an educated decision on whether or not to use it. When manufacturers fail to fulfill this obligation, they become liable for injuries or deaths that occur as a result.

If you have been diagnosed with ovarian cancer and believe it is related to talcum powder or if you have been injured by another type of defective product, contact us today to discuss your case. Our product liability attorneys can help defend your rights and fight for compensation to cover your medical expenses, lost wages, and pain and suffering.’,’Why Is Talcum Powder Suddenly